10 Ways to Tell Your Child is a Poor Loser 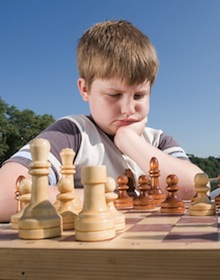 Part of growing up is learning how to deal with adversity. It happens and, like it or not, we can’t always give out trophies to each of life’s participants. How a child handles losing is related to how they view competition, themselves and their peers. When too much emphasis is placed on winning, and self-esteem is too closely linked to whether they win or lose, a child can have difficulty accepting defeat.

The following are ten ways to tell if your child is a poor loser:

0saves
Save
If you enjoyed this post, please consider leaving a comment or subscribing to the RSS feed to have future articles delivered to your feed reader.
← 10 Ways to Stand Up to Sad Puppy Dog Eyes | 10 Signs Your Child is About to Throw Up →