10 Signs Your Child is About to Throw Up 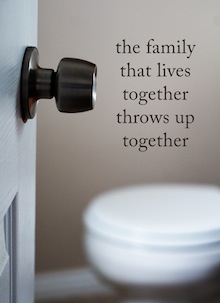 I’m pretty sure we all know the look of a child that’s getting ready to throw up, but what we may not know are some reasons that are the cause of the actual ‘event’.  Be warned: if your child suffers from any of the things listed below then you might be cleaning up vomit in the near future.  Check out 10 signs your child is about to throw up.

0saves
Save
If you enjoyed this post, please consider leaving a comment or subscribing to the RSS feed to have future articles delivered to your feed reader.
← 10 Ways to Tell Your Child is a Poor Loser | 10 Signs of Heat Stroke in Children →