Why You Are Really Your Child’s Secret Role Model 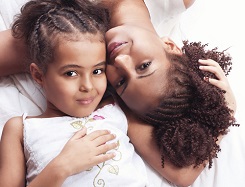 Even though you may not think your child idolizes you, the reality is that she is watching your every move and mimicking your actions. From toddlers to teens, children look to their parents for guidance, as examples and more importantly, as role models.

“Children learn by observing and one of the things they spend observing the most is their parents,” says Christina Steinorth, California-based psychotherapist and author of Cue Cards for Life: Thoughtful Tips for Better Relationships. “With this in mind, it’s very clear why children look up to their parents as role models.”

Serving as the role model, secretly or openly, is a huge responsibility. What your kids see, hear and experience from you, they will likely mimic, says Dr. Fran Walfish, California-based psychotherapist and author of The Self-Aware Parent: Resolving Conflict and Building a Better Bond With Your Child.

“Self-awareness is the key to becoming a better role model,” says Walfish. “Understanding yourself gives you choices and when you choose to respond in a specific way, rather than respond automatically, situations more often than not resolve themselves favorably.”

In fact, according to Walfish, research supports the fact that a child who was parented negatively has a high likelihood of parenting her own child in the same manner. Role models can be either positive or negative.

In order to know yourself as a parent and serve as a positive role model, Walfish recommends the following:

As you learn your own parenting style and how your children observe and interpret your behavior and actions, Walfish suggests that self-awareness will bring comfort and lead to calm parenting.

As your child is observing your every move, take this opportunity to model the behavior you want to see develop.

Even as young as the toddler age, parents can use their position as a role model to their advantage. “This is the best age to start teaching frustration tolerance,” says Steinorth. “If your toddler has a temper tantrum, role model patience in your response to the temper tantrum.”

For example, Steinorth suggests using calm words to express how you relate to what the toddler is feeling. Show the connection between the two of you. “If you need to run errands with your toddler and your toddler starts having a tantrum because he or she would like to go to play at the park instead, rather than showing anger and frustration over the tantrum, in a calm voice role model patience by saying something like ‘I’d like to go play, too, but I need to do some work first. Once my work is done, then we can go play,’” says Steinorth. “A phrase like this also starts the very basic teaching of work comes before play.”

As your child ages and develops maturity, your job as a role model is even more important. This is an opportunity to teach your child about sincerity, generosity, values and morals, says Steinorth.

“If you would like your children to learn about giving back, role model the behavior by volunteering with them,” she says. Bake cookies together and spend an afternoon taking them to a nursing home to share the goodies with patients. Pick a holiday and help out at a homeless shelter preparing and serving meals.

“Volunteering helps children think outside of themselves, which helps teach them empathy,” says Steinorth. “When they see that you enjoy giving to others, they will follow in your footsteps.”

Even though your presence heavily influences your child, she may not always be willing to admit this fact. Don’t take it personally, says Walfish. This is just a sign that your child is establishing independence from you, even though she is always observing you.

“Most pre-teens and teens are less likely to admit that mom or dad is a role model because they are wrestling and grappling with separation and independence,” says Walfish. “Many kids think this includes rejecting their parents and their parents’ ideas.”

Even though your job as a role model may be kept a secret throughout your child’s toddler to teen years, the good news is that eventually, your child will realize the impact you have had on his life. “Most people realize their mom or dad had an impact on their lives by early adulthood,” says Walfish.

0saves
Save
If you enjoyed this post, please consider leaving a comment or subscribing to the RSS feed to have future articles delivered to your feed reader.
← Anxious Kids: Anxious Parents by Reid Wilson and Lynn Lyons | Common Allergy Triggers in Children for Nannies to Be Aware Of →