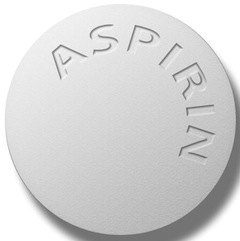 Parents want to do everything they can to help their sick child feel better, but they need to be very careful about giving them medications. Many medicines are made for adults only and never should be given to a young child or baby. Even some medications specifically made for children can be dangerous if given improperly or in the wrong dosages. Before giving any medicine to your kids, please review these 10 common medications your child should never take.

Parents should read labels of all OTC (over the counter) medications for the recommended children’s dosages. They will clearly state which drugs are intended for adults and not for children under the age of 12. Also check the ingredients listed to make sure they don’t contain aspirin or any of the other medications that can be dangerous to children. Kids will get sick, but it’s important to remember that common illnesses are only temporary. It’s much better to be safe than sorry and give your child something that will only make them feel worse.

0saves
Save
If you enjoyed this post, please consider leaving a comment or subscribing to the RSS feed to have future articles delivered to your feed reader.
← 10 Challenges for the Nanny of a Non-working Mother | 10 Situations Where Adults Often Model Bad Behaviors to Kids →